Quad Copter concept for enclosed Hotair Balloon (more efficient and safe than other aircraft) mylar possibly coated with solar panel. might be able to be deflated and drove after too.

non commercial creative commons attribution / be kind licence – for private use and not for use in militant like application. the idea is for hotair + more aerodynamic shapes also omnidirectional pov control using gyroscopic forces from multi rotors.

WaterBomber hotair balloon concept, take off upwind and carry large payloads to fire. could heat the air in the center nozzle or some kinda thermal pulse chamber to go faster too. 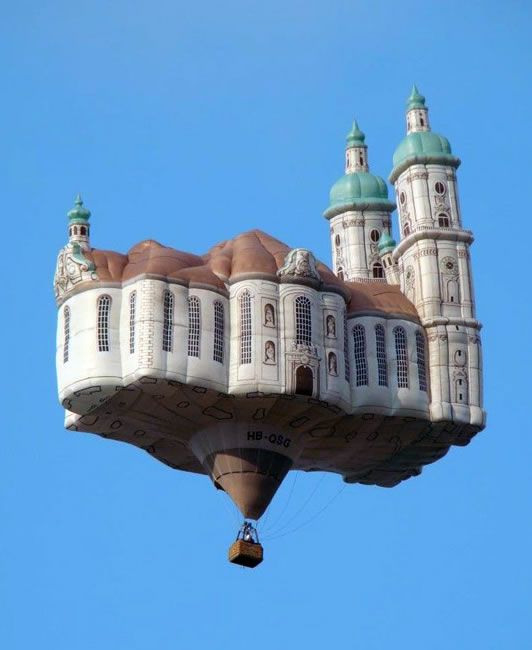 combine this with hotair or helium and the sirkorsky prize could be redesigned to be much longer flights maybe 3 hours between 2 people with mini 300 watt backup generator.

Said as a general rule for quickdesign.  tesla turbines are said to posess 10hp per lb of engine, you’ll need about 70hp or 52kw of generator hybrid to lift a 260 lb person on a multicopter as a guess. dirtbike , paramotor or boat motor would work.

if one engine fails you still have the other as backup, only downside is double the maintenance.(could swap them out with electric when hybrid powerplants are more viable.) 2 10hp lawnmower engines should do the trick too 175cc roughly just readjust the carbs and size propeller accordingly. 20 hp should be enough to get a small plane in the air , 50 – 70 watts per lb is minimum for airplanes according to google. so minimum hp required is 17 hp if the wings are designed properly as glider

secret to the avrocar I figured out after my other hotair ideas wold be to use the hot air to make it lighter.

https://solarimpulse.com/ flew around the world on only solar power